This past April marked the second Pekiti Tirsia World Federation Tri-V Camp, held in the province of Bohol in the Philippines. The 3-day camp focused on the application of Pekiti-Tirsia Kali combat principles, and featured Tuhon Rommel Tortal, Tuhon “Nonoy” Garrucho, Tuhon Jared Wihongi, and Mandala Kit Acenas as instructors. With representatives coming from various parts of the Philippines, United States, Indonesia, Japan, Kazakstan, Australia, Qatar, Scotland, Singapore, India, and Thailand, it was a chance for Pekiti-Tirsians to reunite with each other or get acquainted with new folks; and get a chance to train with each other. Throughout the intensive training schedule, material, and weather, we were all still able to find time to relax, jump in the pool, and catch up with our fellow Tirsians. We were fortunate to have several members of our PTK Elite Family (Mandala Arvee, MnG Francis, Guro Njoli, Guro Nyah, Vinny, Rodel, Mike, Earl, and Tom) travel for this event, and spend some time in the Philippines afterward. (photos 1-7)

It was our second time travelling as a group, attending the camp, and then exploring parts of the Philippines. The time spent after the camp is exceptionally valuable, as it gave us a chance for extra training with Tuhon Rommel in a smaller setting coupled with some touring of our location. Some attendees who remained after the event joined our group as we “island-hopped” to Balicasag Island one day, the next driving to the Chocolate Hills, riding ATV’s through the jungle, visiting the Tarsier sanctuary, and finally stopping at the site of the Blood Compact (“Sandugo”) in Bohol. This time allowed us to get to know more about members of our PTK family, as members from various groups spent most of the remaining days in Bohol together. I remember a conversation with Tuhon Rommel a while ago, when he mentioned that he felt part of our responsibilities as leaders in Pekiti Tirsia is being an ambassador of Filipino culture, customs, and traditions, not just the martial arts. Since people travel (some from almost the other side of the world) to the country, we might as well show as much of it as we can─ Even better if we can do it as a close-knit group.

We said our goodbyes to most of our friends after Bohol, and our smaller group continued on to Cebu. Most FMA practitioners have heard of the Battle of Mactan in Cebu, where Datu Lapu Lapu defeated Ferdinand Magellan and his men after their attack on the island, but have not had the chance to see or visit the site. So we did just that. We packed our group into two vans, stopped first at the Lapu Lapu Shrine, then Santo Niño Church, and finished the day feasting on the famous Cebu Lechon (special thanks to Vinny and his cousin Nimrod for making this happen on such short notice…during Semana Santa).

Our final stop was Manila. We had a couple days left on our trip to decompress, see a couple more sites, say our final farewell to the Manila and Makati PTK groups and get ready to head home. On our first excursion there, Tuhon Rommel led us to Arnis Village in Batangas to visit Modern Arnis Grandmaster Rodel Dagooc, where we chatted over coffee, learned about the production of rattan sticks, and even got in a little bit of training at his gym. On the way back, we stopped at the Giron Balisong shop in Barrio Balisong so that we could look through a wide selection of blades to take back with us or purchase as gifts for friends and/or loved ones. Our final historic “field trip” took us to Intramuros, the “walled city” built by the Spanish during their occupation of Manila. We navigated the city through jeepneys and bicycle rickshaws to get to Fort Santiago, the site where Jose Rizal, our National Hero, was detained before his execution. We perused the Fort and the Museum of Jose Rizal to learn more about his life and how he inspired the revolution against Spanish colonization. We bid our final farewell in style in Manila as our hosts Agalon Patch, Mandala Kit, Tuhon Rommel, and Kuya Roy joined and showed us various local spots in Makati.

It was a lot to see and do in under two weeks, but I feel that it was time well spent in the Philippines, and we can’t wait to do it again next year. Special thanks to Tuhon Rommel for taking a large chunk of time from his schedule to travel with and train us post-Bohol Tri-V Camp, and many thanks to the PTK Family (MSMB, Hangkilan, Kali Mundo, Shin Kali, Maisog, Makilas, Pagsibol, Bakunawa, Bacolod Crew, Mariit, Perth, Makamandag, Combat Kali, Indonesia, Fightpanda, Arizona, Scotland, and apologies to those I forgot to mention─ I may still be slightly suffering from jetlag, or may just be denial that this trip is actually over. 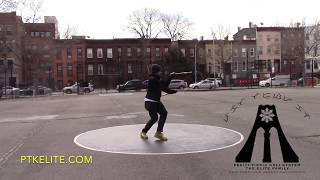 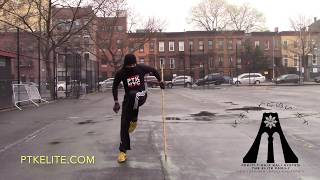 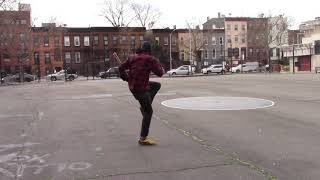 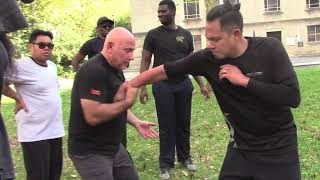 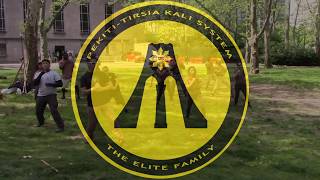 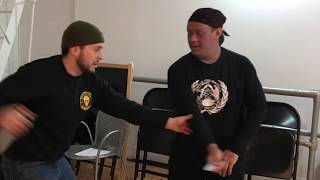 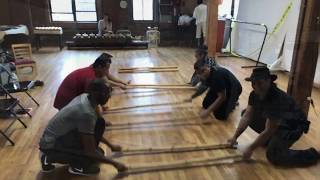 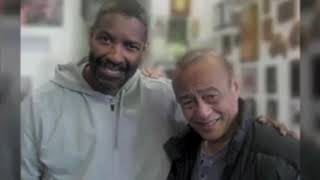 Some samples of Filipino martial arts in films